Everyone the whole thing is in Successfully Together: 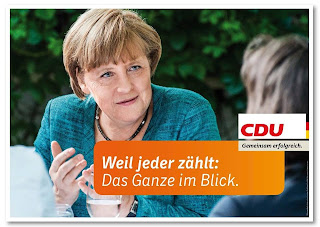 This is my party campaign poster CDU, Germany. This poster picture Dr. Angela Merkel Chairman of
CDU, Germany told here " Because everyone the whole thing is in Successfully Together."
Posted by Md. Jamal Hossain Buiyan at 9:14 AM No comments: 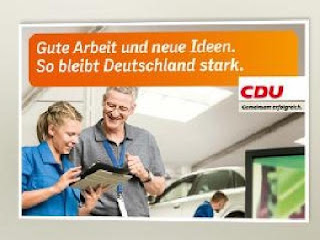 Solid Finances are important because we think about tomorrow. 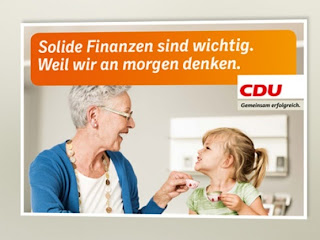 This is my Party poster CDU, Germany written here "Solid Finances are impotant because we think about tomorrow.
Posted by Md. Jamal Hossain Buiyan at 8:21 AM No comments: 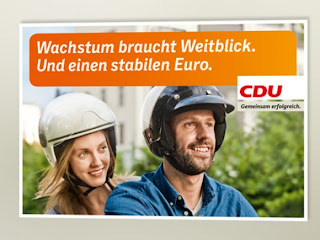 This is my party poster CDU Germany "Growth requires foresight and a stable Euro"
Posted by Md. Jamal Hossain Buiyan at 2:26 PM No comments: 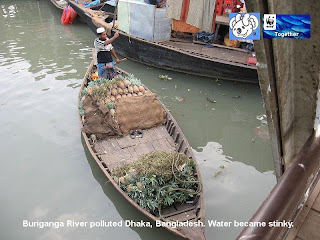 Bangladesh is a riverine country, About 800 rivers including tributaries flow through the country a constituting a waterway of total length 24,140 kiliometer now it is only 8,046 kiliometer depending on season ( reference The Business Environment in Bangladesh, written by Md. Jamal Hossain Buiyan) 16,100 kilometer rivers already grabbed by influential people in the society. This is the actual fact how, Bangladeshi politicians rulling the country last 42 years. Most of country land is formed through silt brought by the rivers.

The Buriganga rivers is economically very important to Dhaka city. Launches and country boats provide connection to other part of Bangladesh. A largely riverine country when the Mughals made Dhaka their
capital in 1610, the banks of the Buriganga rivers were already a prime location for trade. The river water was crystal colour also the city main source of drinking water.

Today Buriganga River is afflicted by the noisome problem of pollution. The chemical waste of mills and factories, households waste, Medical waste, Sewage, dead animals, Plastics, and oil are some of the Buriganga river polluters. The city of Dhaka discharges about 4500 tons of solid waste every day and most of it is released in to the Buriganga River. According to the Department of Environment ( DOE ) 20,000 tonnes of tannery waste including some highly toxic materials are released into the river every day. Experts identified nine industral areas in and around the capital city as the primary sources of river pollution such as Tongi, Tejgaon, Hazaribagh, Tarabo, Narayangonj, Savar, Dhaka Export processing zone and Ghorashal.
Most of the industrial units of these area have no sewage treatment plant or Effluent Treatment plant of their own.
More than 60,000 cubic meters of Toxic waste including Textile dyeing, printing, washing and Pharmacuticals are released in to the main water bodies of Dhaka every day. According to the Dhaka Water and Sewerage Authority ( WASA ) about 12,000 cubic meters of untreated waste are released in to the lake Tejgaon, Badda and Mohakhali industrial areas everyday.

The waste mostly comes from garment washing and dyeing plants. Textile industries annually discharge as much as 56 million tonnes of waste and 0.5 million tonnes of Sludge. Sewage is also released in to the Buriganga River. A newspaper article indicated that up to 80% of Dhaka sewage was untrated because of Dhaka heavy reliance on river transport of goods, including food, the Buriganga river receives especially high amount of food waste since unusable or rotting portions of fruits, vegetables,and fish are thrown in to the river.

Nearly 4.0million people of the city are exposed to the consequences of water pollution everyday.

Posted by Md. Jamal Hossain Buiyan at 1:16 AM No comments: 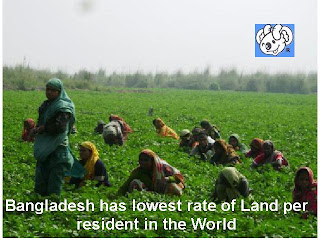 Bangladesh has one of the country the lowest rate of arable land per resident in the the World at about 54 hectares per 1000 peoples in 2008 according to the World Bank now it is more decline.

The country of 160 million people is seeking land to serve the country food need, as well as create job, who sent home job who sent home US Dollar 11 billion in 12 percent of GDP which is 90billion.

At 175 percent usage cropping intensity has also approached its limit.
Posted by Md. Jamal Hossain Buiyan at 7:34 AM No comments: