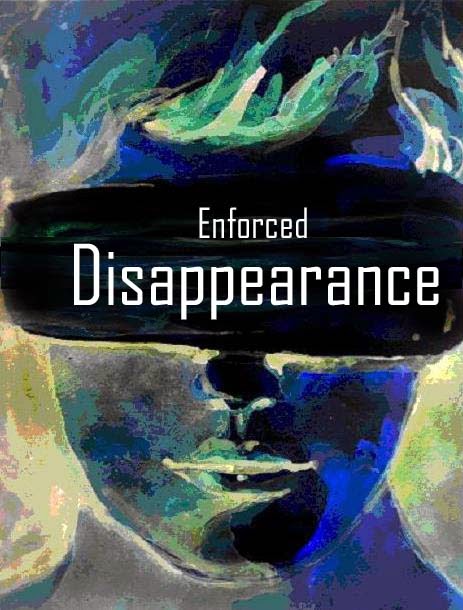 
Posted by Md. Jamal Hossain Buiyan at 11:11 AM No comments: 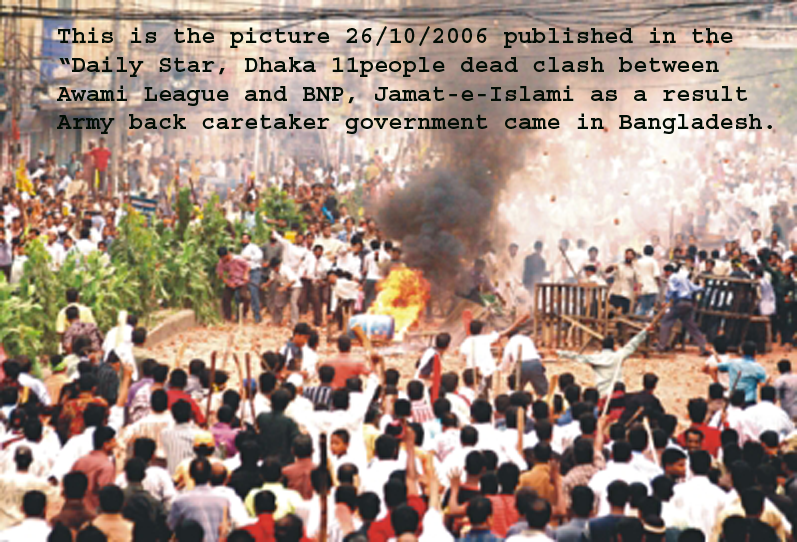 postponed due to violence; pro-opposition supporters and local residents attacked the polling centres. Ballot papers and boxes were burned or snatched away by those wishing to prevent the fake election.
Polling day was nightmarish for many citizens. People risked falling victim to police and paramilitary gun-fire or opposition attacks or both. Throughout election day, a few private TV channels broadcast visuals of voter-free polling centres in most areas. As a whole, voter turnout was reportedly very low. In many polling centres, given low turnout, casting of votes did not take even half the day. Around 40 centres were voter-less; not a single vote was cast there. There is no confirmed statistic in terms of percentage of turnout. However, local media reports suggest less than 20% turnout; a local group of observers has reported it below 10%.
As expected, the incumbent regime deployed political cadres to rig votes. In order to keep up the show, designated “voters” for the regime stayed in the front of the polling booth queues. Ruling party activists were seen rubber-stamping rolls of ballot papers inside the booths. Polling staff, law-enforcement agents, and village defence party members directly facilitated the “festival of rigging”. Persons without voter identity cards were allowed to cast vote. Persons and minors not on the voter list of particular polling booths were also given more than one chance to cast their vote. For example, juveniles, young teenagers, proudly held up their ink-stained thumbs to TV cameras and photo journalists. Live broadcasts of election rigging and descriptive pictorial reports brought much mirth across the country and beyond.
Prior to the vote-counting, polling agents of independent candidates were allegedly forced to sign on blank result sheets. In at least 9 constituencies, according to media reports, the EC declared the government's preferred candidate as “winners” although they were found “defeated' in the original results collected from the centres.
The international community is not fooled by the statistics engineered by the Election Commission, a pawn in the hands of the Sheikh Hasina government. The conversation between Sheikh Hasina and her Information Minister Hasanul Haque Inu prior to the Prime Minister's Press Conference on January 6 that has been broadcasted live and is available online tells the truth about how fake this election was.
The President, Prime Minister, and Speaker of the National Parliament are symbols of primary democratic institutions. If any of those holding such top portfolios in Bangladesh are asked by their foreign counterparts about personal experiences of participating in the January 5 election, they will have to use their imaginations as they did not have to vote. The Chief Election Commissioner, the head of the Election Commission, also did not have to vote. All the candidates in constituencies where such high profile persons officially live did not require to vote. All of this courtesy the magic of a record number of “uncontested” seats, which can make the rituals of “democracy” so easy for some.
The fake election was disappointing for new voters, who could not enjoy their right to elect chosen representatives. They have learned a fact early – that their participation in the one in five year democratic ritual does not mean anything to power-mad politicians. The aspirations of the struggling people of Bangladesh have been quashed. The obstinacy of Sheikh Hasina’s authoritarian regime is the only winner. This fake election exposes the intellectual bankruptcy of a political party, which has the honour of being an integral of part the history of Bangladesh. It also exposes how fragile is Bangladesh as a state, one that lacks credible institutions to fulfil the basic needs of its 160 million population.
The claim of the incumbent regime of needing to stage this election as a “constitutional obligation” is invalid, as this was not an election in the first place. The Constitution of Bangladesh itself does not reflect the “solemn expression of the will of the people” after the 15th Amendment was made to it. The latest version of the Constitution only reflects the wish of a “super-powerful” Prime Minister; it is internationally known how the 15th Amendment was rubberstamped in the 9th Parliament.
Constitutionally, “all powers of the Republic belong to the people” only once the people elect the Members of the Parliament by “direct election”, according to Articles 7 (1) and 65 (2), respectively. What was termed as an 'election' on January 5 does not legitimize any parliament authorizing any group to form a government or to represent the people at large. Rather, it is the representatives of the Election Commission and a group of thugs in Bangladesh that have wrested power.
Today, the Bangladesh government has a large number of TV channels, newspapers, and members of so-called civil society on its side. They are endlessly engaging in arguing in favour of the incumbent regime, to secure the continuing flow of undeserving benefits that they have been enjoying. Such efforts will be rejected by the people at large, as the participation of the ordinary voters has been systematically denied. Negating the people's aspirations and establishing an authoritarian regime is not worthy exercise, and can only bring more misery.

Posted by Md. Jamal Hossain Buiyan at 9:29 PM No comments: