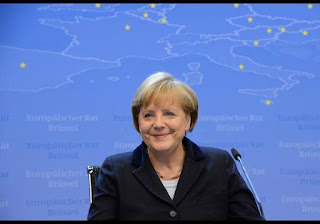 Dr. Angela Merkel was sworn in as German Chancellor on November 22, 2005. She is the first woman and the first East German to hold this office 2021.

Since November 2005, Chancellor of the Federal Republic of Germany upto 2021.

2002-2005, Chairwoman of the CDU/CSU parliamentary group in the German Bunestag.

Since-2000, Chairwoman of the Christian Democratic Union Germany (CDU)

1994-1998, Federal Minister for the Environment Nature Conservation and Nuclear safety.

Since 1990, Member of German Bundestag.

Since 1990, Joined the Christian Democratic  Union of Germany.

1978-1990, Member of the academic staff at the Central Institute of Physical Chemistry at the Academy of Science,

Posted by Md. Jamal Hossain Buiyan at 8:07 AM