THE BUSINESS ENVIRONMENT IN BANGLADESH 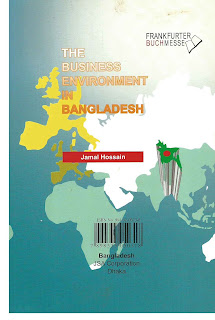 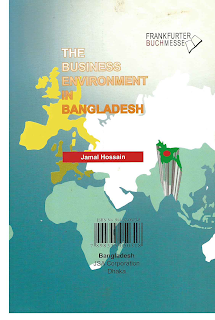 Last decades 1990 to 2000, Bangladesh has experience amazing changes, which have not only fascinated the World but also affected profoundly the country prople,its business terrain, its political and social outlook.

These changes are largely endemic to the current experiences of the country now in landmark era of political  transition in preparation for its back to democracy. These changes have in turn , drastically modified the local profile of economics activites, attitudes and hormative instituations, What these changes in 1991, democracy development have produced minimum interference in private affairs and the creation of an environment conducive to profitable investment . Regulatory economic control are held to a minimum , no restriction are placed on the movement of capital, little protection and  few subsidies given to industry and the some direct services provided by government on a commercial basis.

The economic success of Bangladesh is a miracle made more credible by analysing how its modern economic growth first began, One major factor gave rise to the economic transformation of Bangladesh in early 1980, Some special efforts made by private businessmen.

This book will give the readers a general picture of Bangladesh economic envirnments, its economic performance and transformation , the problems it faces , the role of government and the prospects for futher development . Emphasis will be placed on the newly developed but already closely knitted economics relatonship between Bangladesh and India also ,Europe, America and rest of the world,

Posted by Md. Jamal Hossain Buiyan at 5:33 AM